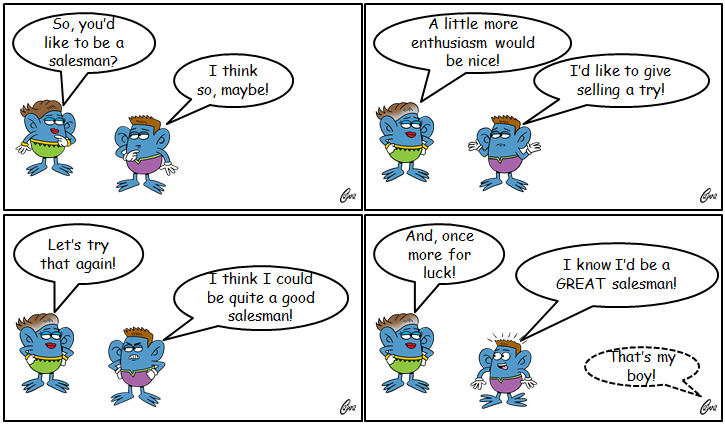 In a recent article first published on LinkedIn, Laszlo Bock, Senior Vice President of People Operation at Google wrote a paper entitled “Five errors that immediately get your résumé rejected at Google”. This paper describes how, because, in recent years, recruiters at Google have been faced with so many résumés, they have been forced to stop looking for reasons why a candidate should be interviewed and have become focused on looking for reasons to discard candidates.

Unfortunately, this practice has become ubiquitous and is now followed by recruiters in the majority of organizations. When you speak to recruiters about this, while some may initially defend their current practices, when you dig more deeply into the consequences with them, they mostly all agree that, in an ideal world, they would be looking through résumés trying to identify the talents candidates have that could be beneficial to their employer.

The current situation means that recruiters fail to identify the best candidates and ironically have responded to the flood of résumés by reducing recruitment processes to a search for typos as opposed to talent.

At this juncture, I wish to discuss what I believe to be the most serious consequence of this change of focus from talent to typos, namely the development of an Innovation Deficit that can adversely impact the innovative capacity of organizations and make them less nimble and able to manage in situations of change.

Innovation in the General Population

When candidates complete our Performance Profile Questionnaire, we measure their personality, motivations, and thinking styles. In the case of this latter, we stream candidates into three classifications: 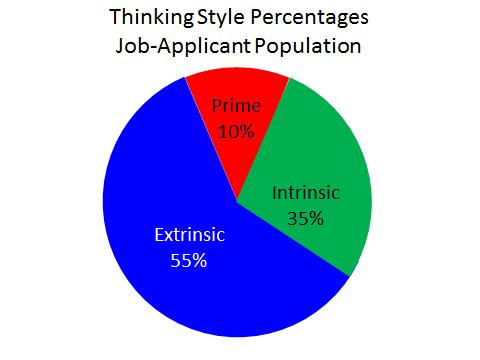 The pie chart with the title, ‘Thinking Style Percentages Job-Applicant Population’, shows the predominance of each of these thinking styles within the general population of job applicants.

Notice that highly innovative people make up approximately 35% of the job applicant population. They are therefore in a minority.

However, because most jobs place few demands on the incumbent’s creative skills, this does not of itself cause a problem. Typically, there are more than enough innovative people in the general population to fill positions that require innovative abilities.

Innovation in a Typical Organization

However, because highly innovative people often have poorer social skills, we have known for many years that they typically fare less well during job interviews. In addition to this, because they also typically have poorer administrative skills, they are more likely to have typos in their résumés.

While, because most jobs don’t require innovative skills, this has little or no impact in most cases; it turns out however to have a major impact where innovation is required. When we start working with a new client, we typically analyze each job. As part of this Job Analysis, we determine the level of innovation that will be required of an incumbent. 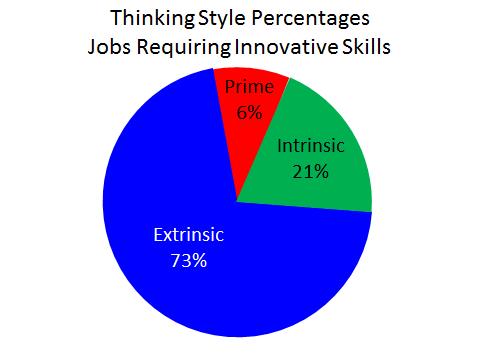 The pie chart with the title, ‘Thinking Style Percentages – Jobs Requiring Innovative Skills’ has been drawn based on the data generated through this process.

As can be seen, organizations typically fail to identify and hire innovative people for jobs that require innovation.

It is clear from the data we have collected, that this trend towards the hiring of extrinsic thinkers for jobs that require intrinsic thinkers has accelerated in recent years. Recruiters have moved their focus from the search for talent to typos in response to the avalanche of résumés. As they have done so, their shortlisting of candidates for interview has been negatively impacted.

This trend is particularly worrying because in today’s world, the key thing that determines the standard of living in any country is its capacity to innovate. In a world where more and more countries these days are able to manufacture most products, true value add has remained with the creators of these products. To be competitive, every organization needs to ensure that its recruitment processes identify and hire innovative people in an effective manner.

Innovate! The Management Style of the Intrinsic Thinker