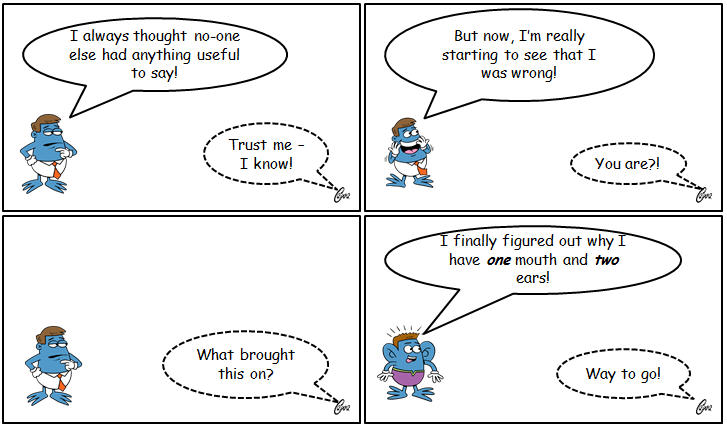 In business, there is no such thing as typical. Each business is unique and its challenges will vary over time. This having been said, most organizations survive on the margin between their income and their expenditure and, because of competitive influences, for many organizations, this margin (often referred to as the “Bottom Line”) is typically limited to about 10%. This small difference causes a multiplier effect in which a relatively small increase in expenditures or a small reduction in income can have a significant impact on the bottom line.

So, for example, if in one financial year an organization has an income of $1 Million and expenditures of $900,000, then its profit margin for that year will be $100,000. If, in another year, there is an unexpected 10% increase in expenditures without a corresponding increase in income, then its profit margin would drop to zero. From this we can see that, because of typically narrow operating margins, the bottom line of many organizations is vulnerable to even relatively small variations in either their income or expenditure.

During a recent Employee Retention Survey that we undertook in cooperation with over 11,000 companies across the globe, we came across situations where, because of this multiplier effect, employee retention problems lower down in the organization were having an extremely damaging impact on the bottom line. In many of these situations, we discovered that the linkage between the high employee turnover and bottom line was not apparent to senior management.

The case of the high flyer, described below, is an example of a situation where a relatively small reduction is sales, caused by a small pocket of high turnover lower down in the organization, led to a significant bottom line impact.

The Case of the High Flyer

In this case, the company, a leading manufacturer of corporate jets with a multi-billion dollar revenue stream and thousands of employees, laid off a significant number of employees due to insufficient sales. At the same time, it lowered its 2014 profit targets and reduced its earnings projections as a percentage of revenue by approximately 20%. As a result, its share price tumbled.

As part of our survey, we held discussions with staff of each participating organization. When we did this with the manager of the company’s contact center operations, we established that the center was primarily responsible for both customer service and sales. We were initially informed that the organization was suffering from a level overall employee turnover equal to approximately 30%. However, when we undertook an analysis of employee start and end dates over the previous five-year period, we discovered that approximately 50% of the center’s employees were long serving. From this it became immediately apparent that there was a pocket of high turnover which encompassed the other 50% of the workforce and that, in this pocket, the employee turnover rate was over 60%. Employees, in this pocket, were therefore remaining for less than a year on average.

In addition to this, during our discussions, we established that over 90% of the organization’s sales were completed by employees with over 6 years’ service. As we drilled down into the data, it became clear that each of the employees in this center had the potential to make a significant difference to the organization’s capacity to make sales.

When staff within this organization completed the survey, they indicated that it took about 2 months to train a new contact center agent and about three months to bring that individual up to full performance. However, as we studied their performance data, it became apparent that it actually took each employee many years to reach a level of competency where they were able to retain customer motivation during service calls while, at the same time, efficiently using each such call as an opportunity to upsell the customer into a new jet.

What this told us was that a high turnover problem lower down in the organization, in a contact center employing less than one hundred people, was undermining the financial viability of the entire organization. In addition, senior management, including HR, were both unaware of the magnitude of the employee retention problem and its impact on the bottom line.

This example was by no means unusual. During our discussions with many of the organizations that participated in the survey, we discovered similar situations where retention problems were masked within overall employee turnover statistics and where senior management was completely unaware of the financial damage being caused by a seemingly minor issue.